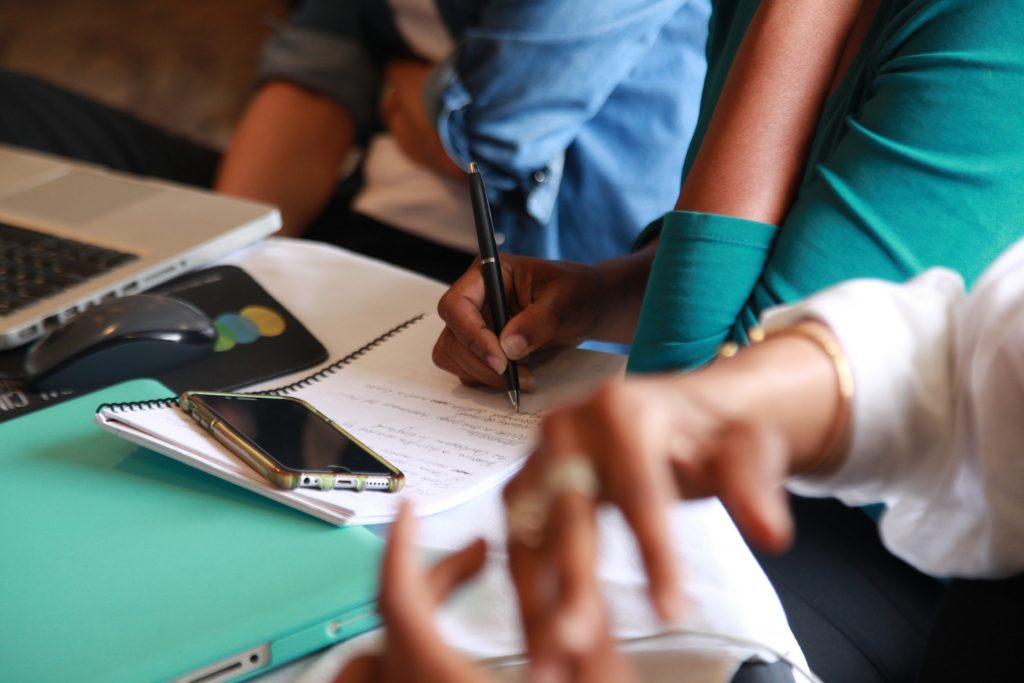 The founder of The New Cheeze gesticulates as she makes a point during a 2018 British Council workshop session. Photo by trinidad+tobago film festival, used with permission.

It’s been a while since you heard from us – but sometimes silence is good, because it means the work, rather than the promotion of it, is the focus. We’ve always liked our work to speak for itself, but at the same time, we’re excited to tell you what we’ve been working on, and a lot of it has come to fruition at this year’s Trinidad and Tobago Film Festival!

“Love film” was the theme of #ttff2018 and there have been some great films to love, some of which were from members of the development team who are working on our series (more about that later). Robert Macfarlane’s Same Old Shit saw a jaded rock icon reignite his passion by making peace with an unexpected piece of memorabilia, while Ian Harnarine’s magical Caroni was a fresh take on the issue of barrel children, a theme that was explored in other films during the festival.

We also co-produced a short that ran in the festival and won People’s Choice for Best Short Film – Mangroves, directed by Teneille Newallo – a fantasy film that’s a proof on concept piece for a story based on Trinidadian folklore.

Most thrilling of all for us is that our series Silk Road, the first ever legal drama in active development within the English-speaking Caribbean, was chosen to pitch at the 2018 festival’s Caribbean Film Mart!

While we didn’t win the pitch competition, the series got incredible feedback from a panel of industry experts that included Michael Mosca (who produced the biopic on Winnie Mandela), Robert Maylor (who produced Jamaican director Storm Saulter’s Sprinter, in which Usain Bolt has a cameo), Gustavo Graef Marino (one of Chile’s most acclaimed filmmakers, whose film, Johnny 100 Pesos, was the country’s highest grossing movie ever), distribution platform expert Gian Franco, and screenwriting and film business coach Joanne Butcher.

On the heels of the great feedback the series got from a premier screenwriting contest earlier this year, the Film Mart panel was really excited about the concept. Just as great is the interest, from several quarters, in helping us develop it.

The pitch itself was both a challenging and an amazing experience, and we were privileged to be part of it alongside so many other great projects and accomplished filmmakers. To be part of the process, to meet other industry practitioners and potential partners, to get constructive feedback on how to take our vision to the next level, to enjoy the company of our peers…those are all wins in themselves, and just some of reasons we love film!